TCF Bank Stadium is an outdoor stadium located on the campus of the University of Minnesota. Opened in 2009, it is the home field of the Minnesota Golden Gophers of the Big Ten Conference. It also served as the temporary home of the Minnesota Vikings of the National Football League (NFL) for the 2014 and 2015 seasons during the construction of U.S. Bank Stadium. The 50,805-seat “horseshoe” style stadium is designed to support future expansion to seat up to 80,000. TCF Bank Stadium also boasts the largest home locker room in college or professional football and one of the largest video boards in the nation. 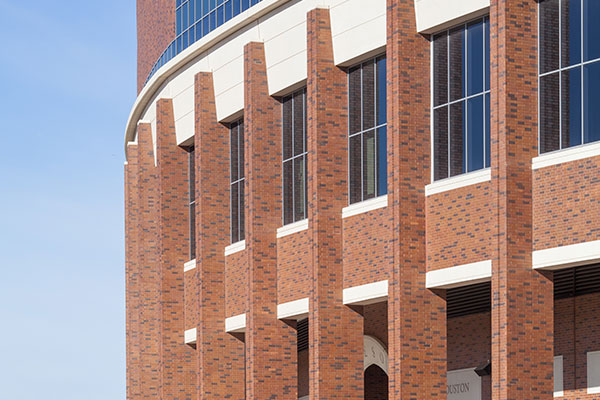 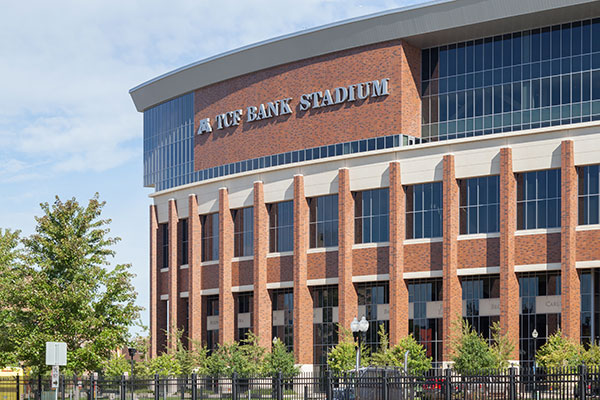 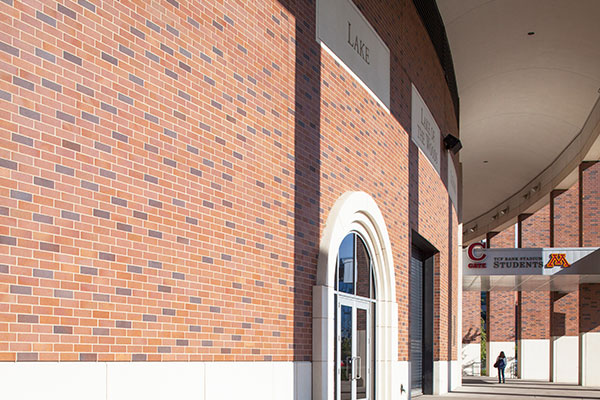 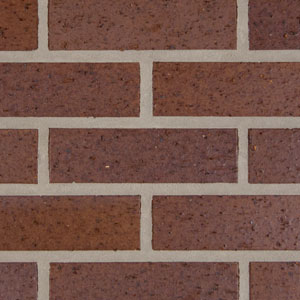 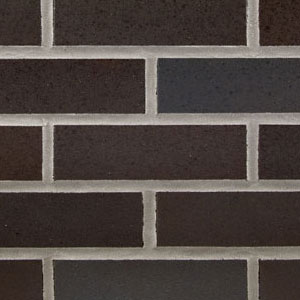